Fashion choices eloquently express political statements – and the current scene is a witness to just that. Women in politics are masters at conveying their stances through their wardrobe choices – and not just through their garments, but through the way they accessorize as well. Carefully selected pearl necklaces that convey authority, bold colors when the occasion calls for them, and structured silhouettes are part of the arsenal of the women on the political scene.

But fashion is not just for women in politics – in fact, it’s just as pivotal for their male counterparts. From power ties to the perfectly poised power suits and from trademark caps to strategic, relatable style, the men are clearly bringing their fashion A-game to the table.

Laguna Pearl asked Behavioural Psychologist, Dr Carolyn Mair, founder of psychology.fashion, and author of The Psychology of Fashion to take a closer look at the fashion choices of both men and women in politics – more precisely, observing the style statements of the candidates for the 2020 presidential race.

What we wear says a lot about ourselves – whether we want it to or not. The colors, styles, and accessories we choose to wear all send different messages and represent different elements of our personalities. Fashion choices alone can portray fearlessness, trustworthiness, authenticity, relatability, and countless other qualities.

And if you’re running for President of the United States of America? All of those choices are amplified to the nth degree.

In a political race where perception is everything, candidates are acutely aware of how their styles, colors, and accessories portray their personalities, convictions, and campaign platforms. The candidates out on the 2020 campaign trail are constantly being analyzed not only on their politics but on every facet of their physical appearance and fashion choices. These choices manifest associations that we have been attuned to on a sociocultural and subconscious level. In our society, we’ve essentially internalized these biases. It’s why we form different opinions on someone wearing a suit and tie compared with someone dressed in a hoodie and jeans.

In politics, these biases represent an opportunity.

Professor Carolyn Mair PhD is a Chartered Fellow of the British Psychological Society and holder of their Distinguished Contributions to Psychology Education. Prior to establishing her fashion industry consultancy, Carolyn Mair Consulting Limited, she was full Professor of Psychology for Fashion at London College of Fashion, University of the Arts London, where she created and led the world’s first Masters programmes to apply psychology within the broad context of fashion. Carolyn has been published in academic and business journals and is frequently featured in international press and media. Her book, The Psychology of Fashion, part of the Psychology of Everything series, was published by Routledge in March 2018. Carolyn holds a PhD in Cognitive Neuroscience, MSc Research Methods Psychology and BSc (Hons) Applied Psychology and Computing. In her earlier career she worked as a visual merchandiser, dressmaker, graphic designer and portrait artist.

READ MORE:  A Guide to Wearing Pearls at Work

FASHION IN POLITICS: PAST HIGHLIGHTS

Fashion and appearance have always played an integral role in politics, and over the decades, style staples have emerged in presidential races and across the political divide.

This staple rose to prominence in the 70s and 80s and has become a calling card for President Donald Trump. Yet the look has a history that extends well beyond American politics, from the French aristocracy to imperial China.

The shirt, tie, and jacket combo is a classic go-to for presidents once they’ve been elected. But as with most things in politics, things aren’t always as simple as they appear. The color of a suit was enough to start a national debate five years ago, when former president Barack Obama opted for a tan tone. Whether this classic go-to will be the choice for a female president is something we might find out in 2020.

American flag pins were a common accessory on the lapels of blazers, sport coats, and suit jackets (yes, there is a difference). When asked why he wasn’t wearing one, former president Barack Obama responded: “I decided I won’t wear that pin on my chest. Instead I’m going to try to tell the American people what I believe… hopefully that will be a testimony to my patriotism.” The exchange not only shows the importance of the lapel pin but also how ubiquitous and expected the lapel pin has become.

The Iowa State Fair, a classic candidate stop, first saw Dwight D. Eisenhower
pay a visit and has since provided an opportunity for candidates to show a more relaxed version of themselves, evidenced best by their fashion choices.

Women in Politics and Pearls

Jackie Kennedy was arguably the catalyst for presidential fashion. Best known for her pearls, the former First Lady showed the world that women in politics could be stylish and political at the same time. Pearls have since become integral to politics, with some calling them a signature accessory.

Trump’s iconic look of a blue suit and red tie is a very carefully crafted combination. According to Mair, red, in this case, “is associated with power and blue is associated with confidence and trust.” Trump commonly wears sharp and well-tailored suits opting for a look Mair describes as “formal business”, a contrasting choice, given that even in many workplaces, traditional dress codes have become more relaxed.

Mair points out that his choice to adopt a formal business attire speaks to his portrayal as a traditional figure, eschewing any progressive optics and even highlighting a sense of conformity, rather than innovation. Through this style, he subconsciously asks the perceiving public to trust him and his authority, not like an elder or a peer in the case of some of the other candidates, but as one’s superior. The suit and tie says “I’m the boss, and you can put your trust in me.”

In many ways, his style communicates conservatism in a much more emblematic manner unlike the other candidates, whose choices don’t necessarily reflect their political platform.

Joe Biden has always presented himself as the ordinary candidate and in touch with ‘the common’ people. That presentation is reflected in his ever-changing wardrobe. His aloofness and jovial nature has taken him far in his political career and align well with his fashion choices. He’s professional but not inaccessible, so you can still trust him.

Biden adopts fashionable and fitted, yet casual style. He’s well-dressed but not so much so that he feels out of reach. Mair notes many of his outfits as being approachable, friendly, cool, and classic. You can see Biden’s versatility on display here – he deftly navigates between a cap, jacket, and button-down shirt, a leather jacket, and a more classic shirt and tie combo.

His most common color, blue, “suggests confidence and trustworthiness,” according to Mair, and keeps him modern and stylish without seeming too formal.

Mair likens Sanders as being “like your favorite uncle,” prioritizing authenticity above all things through his style. Sanders looks like he’s less concerned with his clothing compared to the other candidates around his age, (Biden and Trump). Whether this is a conscious choice or just Sanders’ personality, the effect is the same. His choices on the surface level look to be ‘nonchoices’ – the loose hair and oversized shirts and jackets make it seem like style is an afterthought. This might be strategic. Voters may resonate with a candidate who isn’t ‘trying’ to use fashion as a political tool.

However, he isn’t without style. In fact, he’s quite formal, often opting for a traditional shirt and jacket pairing, usually with a tie. This choice evokes authority as well. Here, the idea of an uncle comes back around – he’s an authority figure with wisdom and experience behind him.

Warren values traditional over fashion, and her choice of bright colors aims to draw attention. “She’s less interested in creating a stylish image through her clothing,” says Mair comparing her to Harris. For example, unlike most women in politics, Warren often wears bright sweaters, hoodies, and jackets, a casual, looser-fitting style.

Like Sanders, Warren is trying to evoke authenticity but has one key accessory that elevates her style – her pearl earrings.

Her choice to wear pearls evokes a mood and presentation similar to Harris’. Warren is using an accessory that communicates safety, trustworthiness, and a sense of familiarity, given how she wears it at nearly every occasion. It’s a reliable visual token she can carry with her despite the fact that she tends to wear a wide variety of outfits.

Harris chooses classic colors which, according to Mair, lets her “modern, well-tailored, and smart-casual style speak for itself.” Out of all the candidates, Harris tends to wear the most jewelry, opting for large pearl necklaces and earrings. This choice indicates strength and power, but also femininity, “drawing attention to her chest without exposing cleavage.”

Her choice to wear white-colored jewelry and light-color clothing also portrays a sense of innocence, compassion, and safety, qualities that may subconsciously resonate with voters looking for a trustworthy candidate. She balances her bold jewelry with an understated, yet fashionable style to evoke a sense of listening rather than commanding – a style trick many women in politics use. This is most apparent in her choice to wear a white blouse and sneakers at the Iowa State Fair, presenting a less-tailored form of herself to indicate an open personality. 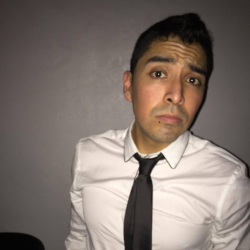 Josue Ledesma
Josue Ledesma is the Director of Content at a stealth startup. As a content marketing consultant and writer, he covers eCommerce, cybersecurity, privacy, fintech, and marketing.